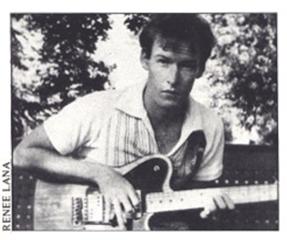 John began learning guitar at age ten and played in local rock bands before moving towards jazz fusion.  During his first year at college, he began to widen his influences from Jeff Beck and the Brecker Brothers to include earlier-generation jazz guitar greats.  John’s original, tightly arranged jazz-pop compositions are tied together with ensemble melody lines that often feature theme duets of guitar and synthesizer or guitar and vibes.  His writing and playing style should attract fans of Larry Carlton and Lee Ritenour since the music is thematic, yet lends itself to hot soloing that never ventures too far outside.  John says, “I believe that the tune is everything.  When I’m taking a solo, the only thing I’m thinking about is the groove, the changes that will sound good over it.  My originals lean toward the jazzy side because I enjoy putting my brain and my chops to the test, but that isn’t to say I don’t enjoy playing a screaming three-chord blues or a raunchy rock vamp.” 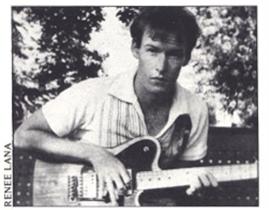 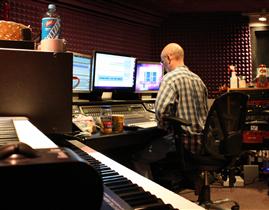 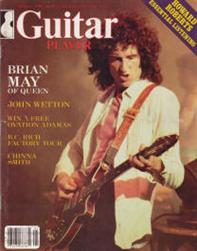 Putting music first, and effortlessly using technology to make it happen, John Grant does what’s best for the song, and is always available to help in a creative and musical way.

When it comes to production, John has the tools to make each arrangement special.  He is an amazing and accomplished lead guitarist, and can play tight electric bass, tasty fretless, acoustic and electric guitars, keyboard, organ, mandolin, citern, and produce stunning MIDI arrangements with programmed drums and percussion, strings, and anything imaginable from a rack of synthesizers.

Born at an early age, John began playing guitar at 10, thanks to a few lessons from his older brother Kevin.  Largely self-taught from then on, John played in a succession of bands throughout high school and college before finally taking some lessons in jazz theory and improvisation some ten years later from guitarist Carl Filipiak.  After that, his guitar playing ability (in John’s words) “tripled”.  Already an accomplished rock player, the integration of jazz improvisation skills took his playing to a new level.  This led to his inclusion in Guitar Player magazine’s “Spotlight On New Talent” column in January, 1983 (Brian May on the cover—and yes, John still has the issue).

While recording the demo tapes that led to that Guitar Player feature, John discovered a new passion:  engineering and producing studio tracks.  With the experience he gained in the studio, (and a small loan), John opened the first Secret Sound recording studio in 1983 in Woodlawn, sub-letting part of the basement of a bandmate’s rented house.  What’s in a name?  Well, as John puts it, when he first opened, he had no clients and the studio was, unfortunately, a “secret”.

That soon changed as word got around about the new studio in town.  In 1985, the newly married John moved Secret Sound to its current location in his home near White Marsh.  In 1987, it became a 16-track facility with the purchase of a Tascam 1-inch analog tape deck and a 20-input console.  Business grew and grew until, in 1991, John finally quit his last band to devote himself full-time to Secret Sound.  In 1994 the studio expanded to 24 tracks, went digital with the purchase of 3 Adats, and got its first automated console, a Tascam M-3700.  This is when Secret Sound really began to switch focus from doing lots of demos to cutting records with tons of area bands and songwriters in just about every genre—Alternative, Blues, Bluegrass, Celtic, Classical, Country, Folk, Gospel, Hip Hop, Metal, New Age, and Rock. 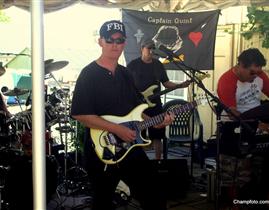